July 18th, 2012 -Just spoke to Washington State Representative Mary Helen Roberts. She called to say she is working on legislation to assist in our efforts! She is speaking to all of the stake holders and trying to come up with a way to help!

Please be one of those stakeholders she speaks to, and let her know you want the Department of Health to send out a public health warning notice sent to you if there is an epidemic in your area., as soon as the epidemic reaches their predefined epidemic threshold as in our recent Pertussis (Whooping Cough), epidemic. The statewide epidemic started the first week of January and they did not say anything until we forced them to in April. They do not have to say anything to the public if there is an epidemic now, and they didn't.

It would not have grown this large if they would have warned us sooner.

Here is her link if you want to show her your support of Kaliah's Law.
http://www.leg.wa.gov/house/representatives/pages/roberts.aspx

We will keep you posted on ways she is able to do!

Rick Larsen says our law is "an excellent idea! Hear the clip!

Here is WA Congressman Rick Larsen saying our law is an excellent idea! 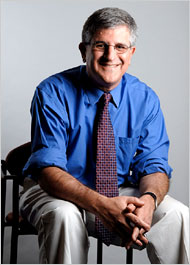 Paul A. Offit, MD is the Chief of the Division of Infectious Diseases and the Director of the Vaccine Education Center at the Children’s Hospital of Philadelphia. In addition, Dr. Offit is the Maurice R. Hilleman Professor of Vaccinology and a Professor of Pediatrics at the University of Pennsylvania School of Medicine. He is a recipient of many awards including the J. Edmund Bradley Prize for Excellence in Pediatrics from the University of Maryland Medical School, the Young Investigator Award in Vaccine Development from the Infectious Disease Society of America, and a Research Career Development Award from the National Institutes of Health. Dr. Offit has published more than 130 papers in medical and scientific journals in the areas of rotavirus-specific immune responses and vaccine safety. He is also the co-inventor of the rotavirus vaccine, RotaTeq, recommended for universal use in infants by the CDC; for this achievement Dr. Offit received the Jonas Salk Medal from the Association for Infection Control and Epidemiology, the Luigi Mastroianni Clinical Innovator and the William Osler Awards from the University of Pennsylvania School of Medicine, the Charles Mérieux Award from the National Foundation for Infectious Diseases; and was honored by Bill and Melinda Gates during the launch of their Foundation’s Living Proof Project for global health. In 2009, Dr. Offit received the President’s Certificate for Outstanding Service from the American Academy of Pediatrics. Dr Offit was a member of the Advisory Committee on Immunization Practices to the Centers for Disease Control and Prevention, is a founding advisory board member of the Autism Science Foundation, and is the author of four medical narratives: The Cutter Incident: How America’s First Polio Vaccine Led to Today’s Growing Vaccine Crisis (Yale University Press, 2005), Vaccinated: One Man’s Quest to Defeat the World’s Deadliest Diseases (HarperCollins, 2007), for which he won an award from the American Medical Writers Association, Autism’s False Prophets: Bad Science, Risky Medicine, and the Search for a Cure (Columbia University Press, 2008), and Deadly Choices: How the Anti-Vaccine Movement Threatens Us All (Basic Books, 2011).